The church was organized as the Second Baptist Chapel in 1940, and was incorporated as the Second Baptist Church of Paterson, NJ on January 27, 1941.  The first worship service held by the church was on May 5, 1940 at 27 Carroll Street. The incorporated (founding) Board of Trustees consisted of Rev. Robert B. Dokes, William C. Jackson, Abner W. Nash, John L. Best, Henry Hinton, Clifford L. Jackson, John P. Wright and Carolyn Middleton – church clerk and secretary.

The Reverend R. Boston Dokes is the founder and first Pastor of the Second Baptist Church. Rev. Dokes pastored for forty-four years, after which he retired. Under his leadership many auxiliaries were developed to compliment the growth and stability of the church. The board of Deacons and Trustees, Missionaries, Willing Workers, Benevolent, Senior Choir, Gospel Choir, Family Gospel Singers, Young Adult Choir, Youth Choir, Sunday School, Vacation Bible School, several Usher Boards, as well as others. 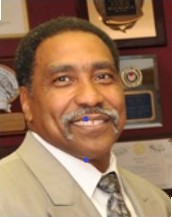 In November of 1985, Rev. Dr. Alexander McDonald III was called and continues to serve as pastor of the Second Baptist Church. Pastor McDonald received the call into ministry in September of 1976. In 1990, the (church) property at 72 Carroll Street was totally renovated and expanded to accommodate its growth. Ten additional properties surrounding the church have also been purchased. Various in-house ministries have been initiated – the E. C. Davis Ensemble, Male Chorus, Voices of Praise, Pastor’s Advisory Council, Audio/Video Ministry, and many others.

In 2006 Pastor McDonald led the church in building the “Rising Dove Senior Apartments, Inc.” complex with a $7.4 million grant from HUD.

For information or assistance please email us at: theoffice@secondbaptistpaterson.org
We will respond within 48 hours, during regular business hours. All email correspondence is completely confidential.