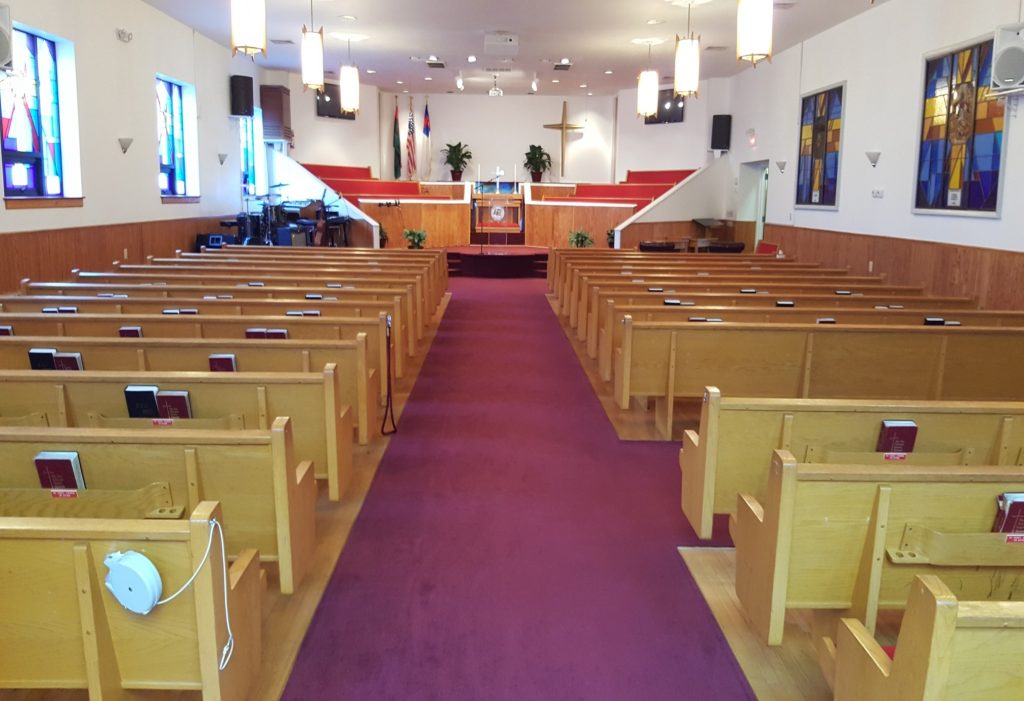 The Second Baptist Church was organized in 1940, and was incorporated as the Second Baptist Church of Paterson, New Jersey on January 27, 1941. The first worship services held by the church was on May 5, 1940 at 27 Carroll Street. The incorporated (founding) Board of Trustees consisted of Rev. Robert B. Dokes, William C. Jackson, Abner W. Nash, John L. Best, Henry Hinton, Clifford L. Jackson, John P. Wright and Carolyn Middleton-church clerk and secretary.

In 1941, the church purchased property at 182 Graham Avenue and worshipped there for approximately twenty-two years. In May, 1963, the property at 72 Carroll Street was purchased, where the church currently worships. The Reverend Robert Boston Dokes is the founder and first Pastor of the Second Baptist Church. Rev. Dokes pastored for forty-four years, after which he retired. For a short period of time Rev. Dokes served in World War II, during which the Reverend William J. Bobbitt of Montclair served as interim pastor. In 1984, Rev. Dokes retired as pastor. For the next eighteen months, under the leadership of Deacon Thomas Veal Jr., chairman of the Board of Deacons, and Trustee George Arnett, Sr. chairman of the Board of Trustees, the church searched for a pastor. Under the leadership of Rev. Dokes many auxiliaries were developed to compliment the growth and stability of the church. The board of Deacons and Trustees, Missionaries, Willing Workers, Benevolent, Senior Choir, Gospel Choir, Family Gospel Singers, Young Adult Choir, Youth Choir, Sunday School, Vacation Bible School, Usher Board as well as others.

On November 1, 1985, the Reverend Alexander McDonald, III was called to serve as the second pastor of the Second Baptist Church of Paterson, New Jersey. Pastor McDonald came to Second Baptist from Mt. Zion Baptist Church, Boonton, New Jersey where he served as an associate minister. Under Pastor McDonald’s leadership, the church continues to build on the firm foundation that was laid by our founding fathers and mothers. During his pastorate, the membership has consistently grown. In 1990, the property at 72 Carroll Street was totally renovated and expanded to accommodate its growth. Four additional properties surrounding the church have been purchased.

In 1993, a Community Library was implemented in memory of Rev. Dokes with grants from Hoffman LaRoche. In 1996, Pastor McDonald organized the Second Baptist Community Development Corporation, which was incorporated in November 1997 and federally tax exempted in February of 1999. The church has also implemented the Rising Dove Summer Day Camp, Rising Above Substance Abuse HIV/AIDS Support and Referral group, weekly AA meetings, Nursing Home, Senior Citizen, Youth Detention and Prison Outreach ministries, feeding and clothing to homeless and needy, the Computer Learning Center, and the After school Tutorial Center. Nine ministers have been licensed in the church, one of which (Rev. Lamont D. Pearson, Sr.) is the first minister to be ordained in Second Baptist. Various in-house ministries have been initiated as well – the Mass Choir, Male Chorus, Voices of Praise, Pastor’s Advisory Council, and the Audio/Video Ministry.

In July, 2005,a five-story, forty-eight unit structure (each with one bedroom apartments, and a two-bedroom on-site superintendent’s apartment) was completed. This new security-monitored, senior housing facility has changed the entire landscape of the area.The church has also purchased a facility, the Thomas E. Veal Multipurpose Center and a store with two apartments, the George Arnett, Sr. Enterprise Building which is currently being rented by members of the community. The church is also in the process of renovating and expanding its existing facilities to further accommodate the continued growth and success God has given.